In Marialva, the tracks of the Lady of the Cloven Hoof are still very marked in the surroundings. On a festive day, the tragedy of the most beautiful of damsels is a pretext to get to know this historical village a little more. 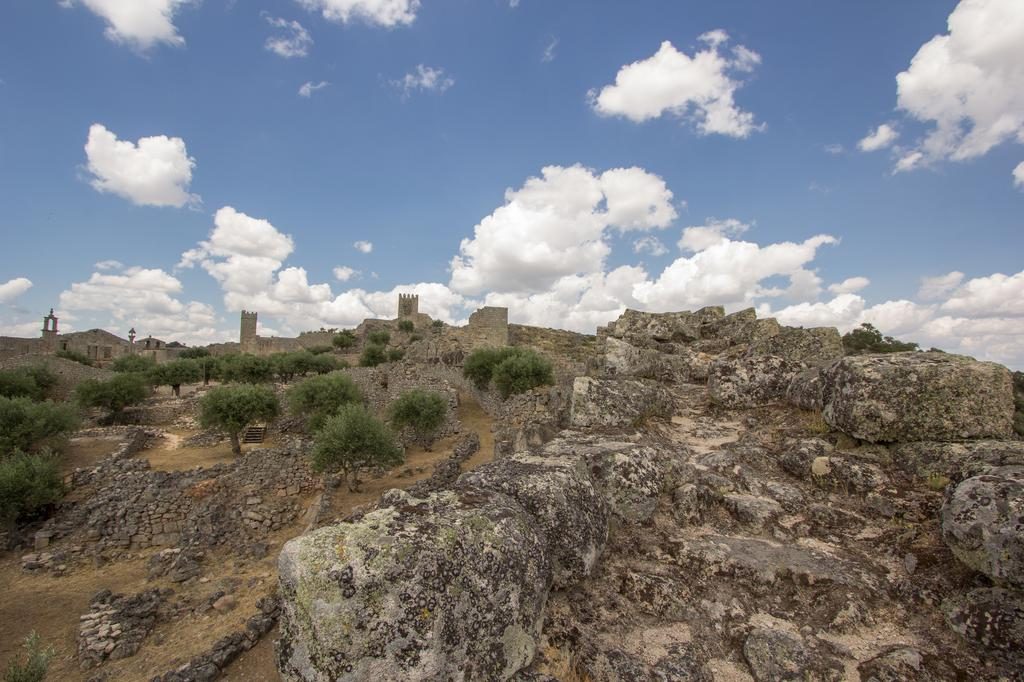 There really is no way to fool anyone. Whoever arrives at the village of Marialva, a few kilometers from Mêda, will always have as an eternal reference, the striking castle and the robust keep, both standing out amid scenery replete with boulders and groves of trees. 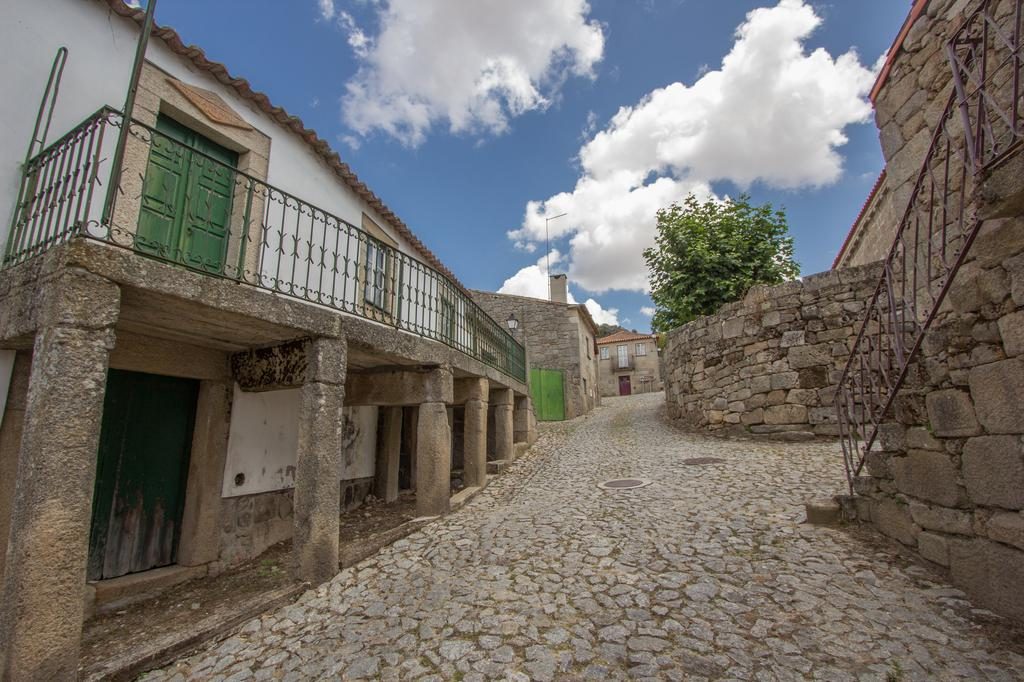 The village remains identical. Stony, as the houses that compose it. And can be evidenced in the exhibit of ancestral photographs of Marialva to kick off the “12 in network” festivities this year. The first day of the celebration of Maria Alva, the Lady of the Cloven Hoof, is almost like an “appetizer,” seasoned with the fate that can be heard when night falls. 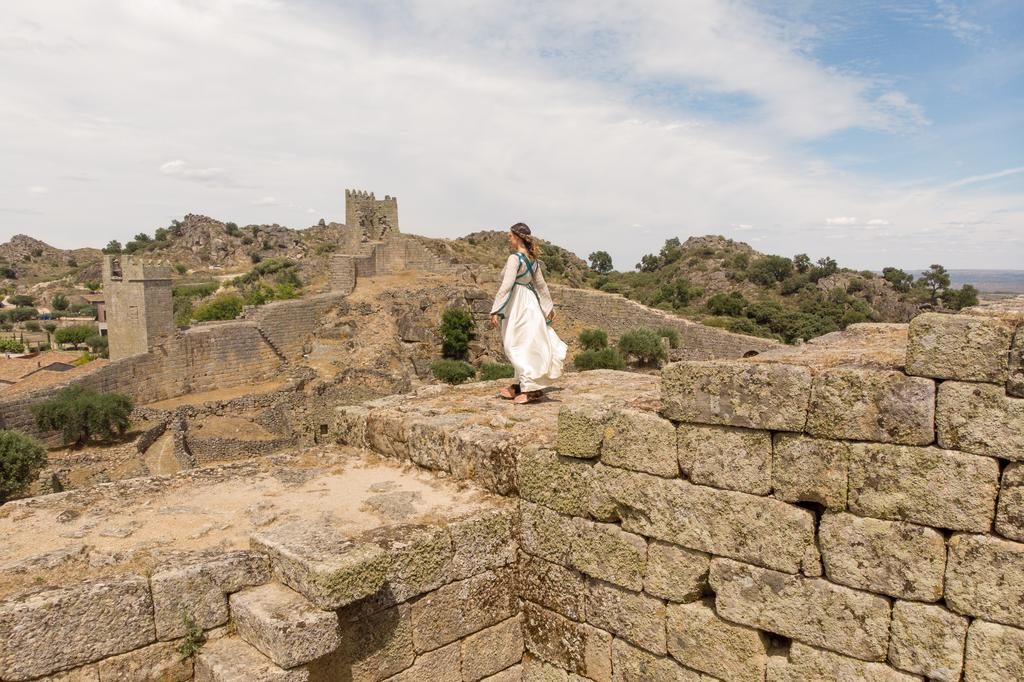 The excitement grows on the following day. The tone rises. And the marks left by the ravishing Moor damsel who is the subject of the legend that gives the village its name become more evident.

There are guided tours of the castle, and episodes from the period of the crisis in 1383-85 are told. Trails traveled by the Lady of the Cloven Hoof can be taken by horseback. 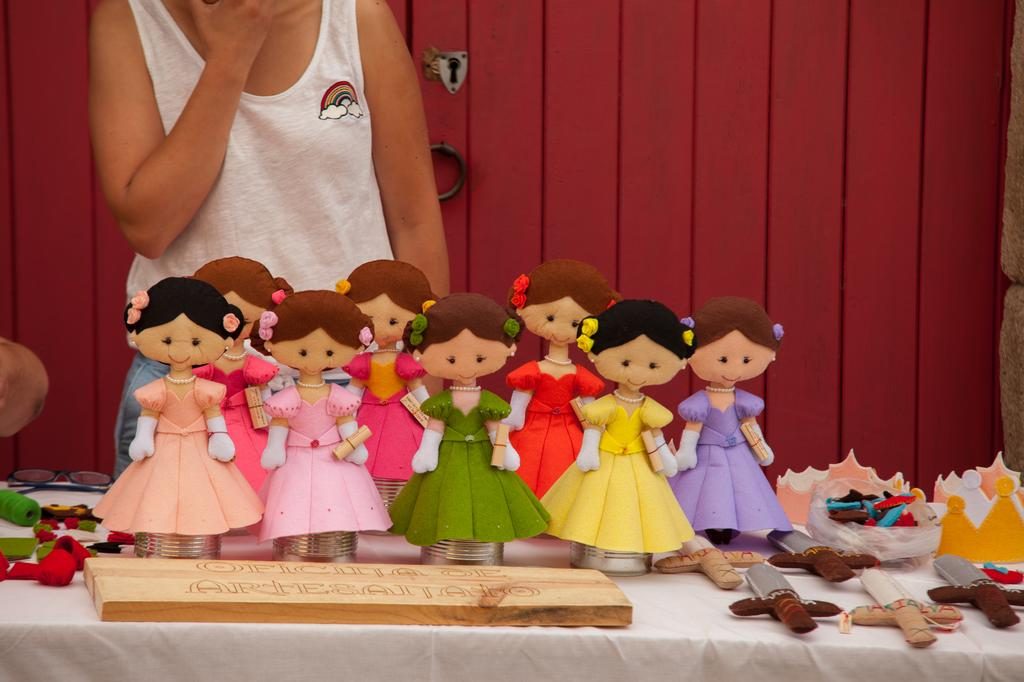 At the Tourist Center, when the afternoon begins to settle, Arménia Anselmo Pinto, born and raised in the village, teaches the visitors how to make miniatures of the mythic Moor damsel in fabric and felt.

“There are those who think they are expensive, but they’re all handmade! Notice that she even has the little cloven foot,” she says.

“Do you know the legend?” asks another colleague of the Day Center.

“I have read something about the legend,” I admit.

“Well, if you don’t know it, there’s nothing wrong. The little doll brings the legend under from under her arm,” completes Arménia Anselmo Pinto, clearly proud of her crafted niceties.

“But weren’t they two cloven hooves?” I ventured to ask.

“There are many ways to tell the story!” they conclude in unison. 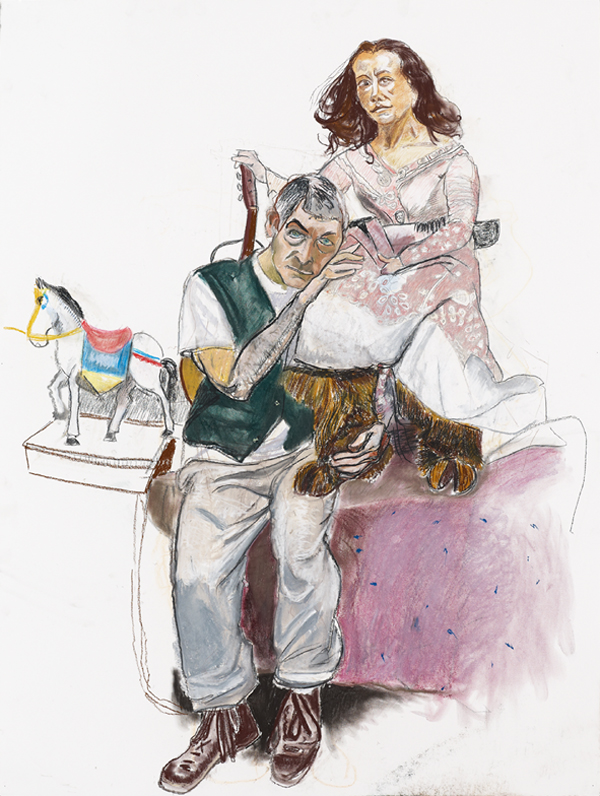 @Paula Rego – Dame with the goat’s foot and other stories

In the following, I clarify the mystery of the size of the cloven feet that Maria Alva would have had with a trio of young actors: Débora Ribeiro, Silvano Magalhães, and Rui Moura. If we wish, Maria Alva herself, the prince, and the narrator of the story. For the time being, they are still sitting in the dressing room. It was weeks of rehearsals with the locals giving their soul to the street performance that will take place at night. The performance is in its second year. More ambitious than the one last year. The narrative is strong. The theme is sensitive. It requires a certain creative restraint.

“We decided to introduce the devil’s character, Maria Alva’s father, to provide a little context to the story,” explains Débora Ribeiro. Is that easy? No. The locals involved in the play and in the emotions did not want the same creature in the play. 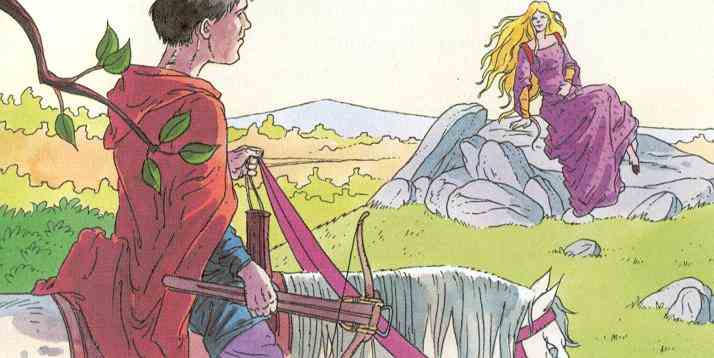 In this version of the legend, both of the damsel’s feet are cloven hooves. 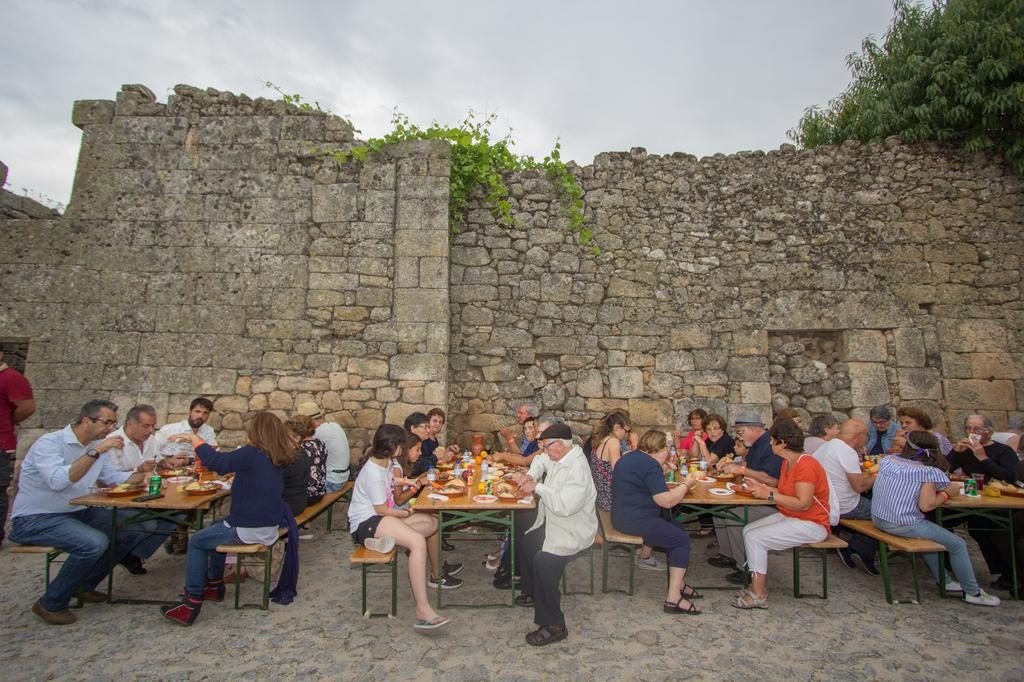 The actors finish the preparations, and this scribe takes off in search of food. There are those who have savored the handmade bread from the ovens of Abel and Olívia and those who have tasted the creamed fava beans and lamb. But there are also those who keep an empty stomach. An overall crime because there is a place at the Community Dinner in the castle. They say that they were the Flavors of the Lady. The main dish? Ground boar meat in the (majestic) iron pot. Calculated abundance. And not less disputed by a long line of hungry people. 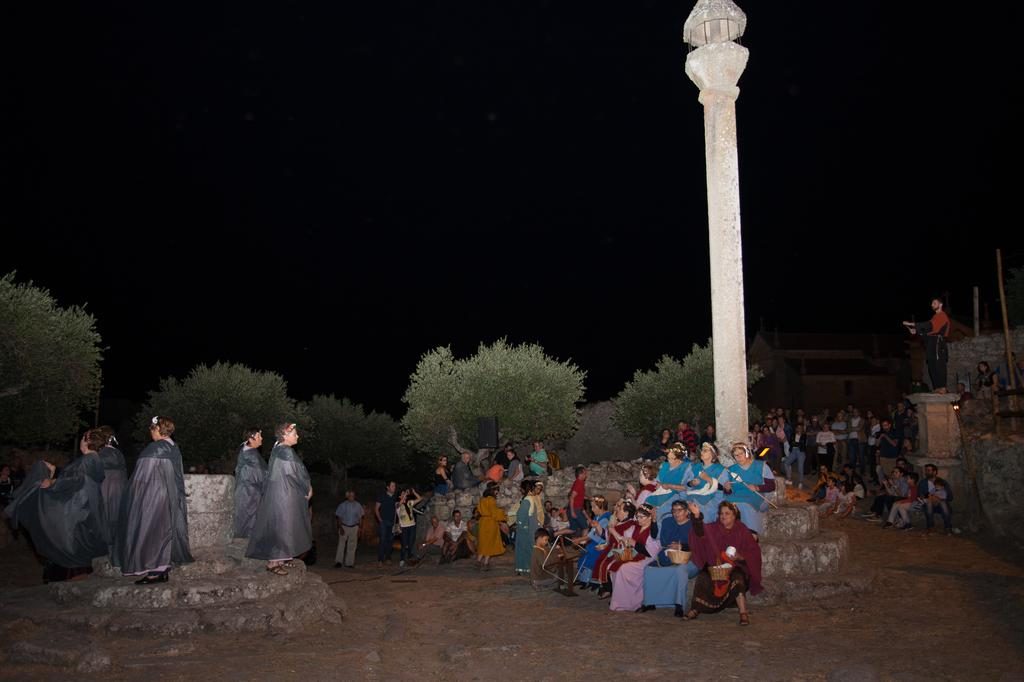 There is still the most anticipated moment of the day. It takes place next to the castle. The night has shed its shyness. As well as the guests. The plaza fills in a few minutes. A speech on the circumstances is not necessary because the moment is also solemn, given the involvement of not only the three professionals, but, above all, the collective of actors from the Academia Sénior de Mêda and the locals of Marialva, among youth and seniors, everyone so taken in by the plot. 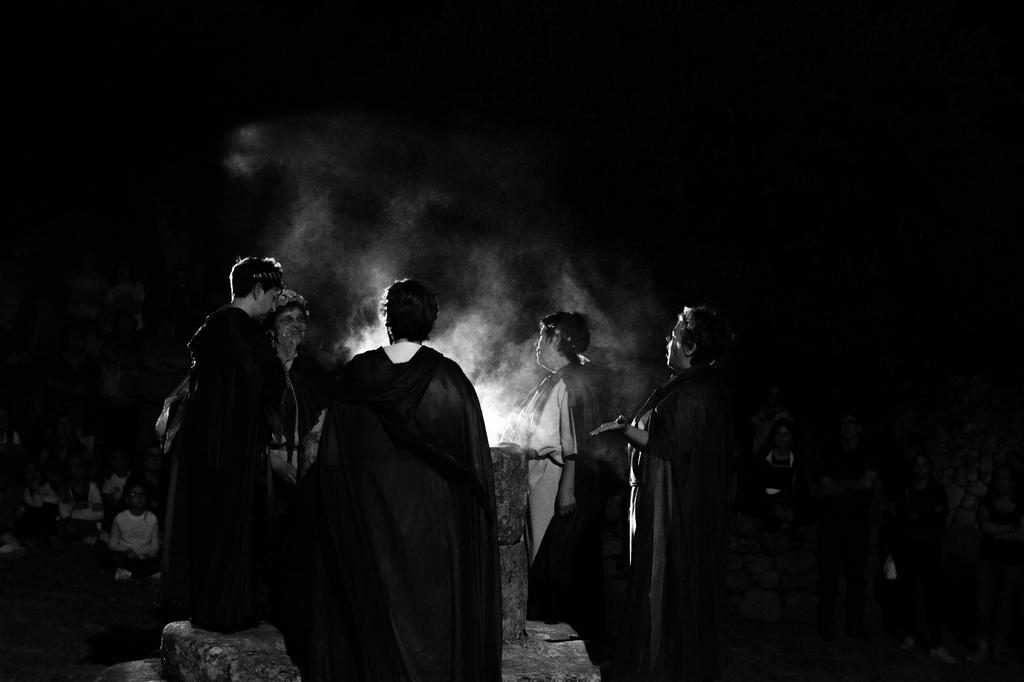 The play begins with a dance among the ladies of the village next to a smoky, magical pit. Suddenly, the devil rampages onto the scene and kidnaps one of the ladies. No one other than the future mother of Maria Alva. The two disappear in a midst of lights and smoke to consolidate the “marriage.” In the plot, the years go on and we see the birth of the most beautiful girl ever. Alva was added to Maria for being as white as the moon.
“The girl is beautiful!” one hears.

“The most beautiful of them all!” they yell.

Suddenly, someone notices the feet.

“Such a great shame.”

“They’re cloven hooves…” someone reveals, almost in a whisper. 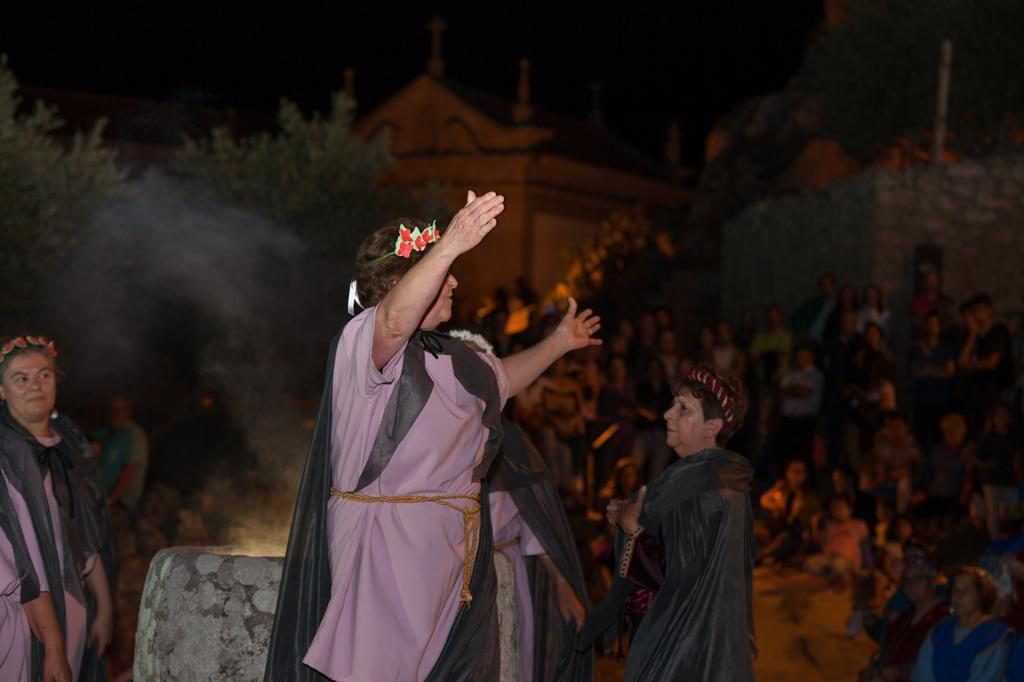 The plaza is empty in an instant. And more years pass by.

Maria Alva is now a child. From the street, they call on her to play. But she rarely leaves the house. And when she does, for a few minutes, she never jumps rope, afraid to reveal her most painful secret. The mother wastes no time in sending her back home. To save her from the same suffering.

Over the years, she becomes the most stunning woman that the village ever knew. From the top of the window, visible from the chest up, she answered to many courtships, always with an open smile. There were suitors of all types and courage. Some, they say, with a few good years more on their person. And glasses, too.

“Oh, most gorgeous among women, tell me where I have erred that you are not mine,” cries one, in exchanging feet for words. 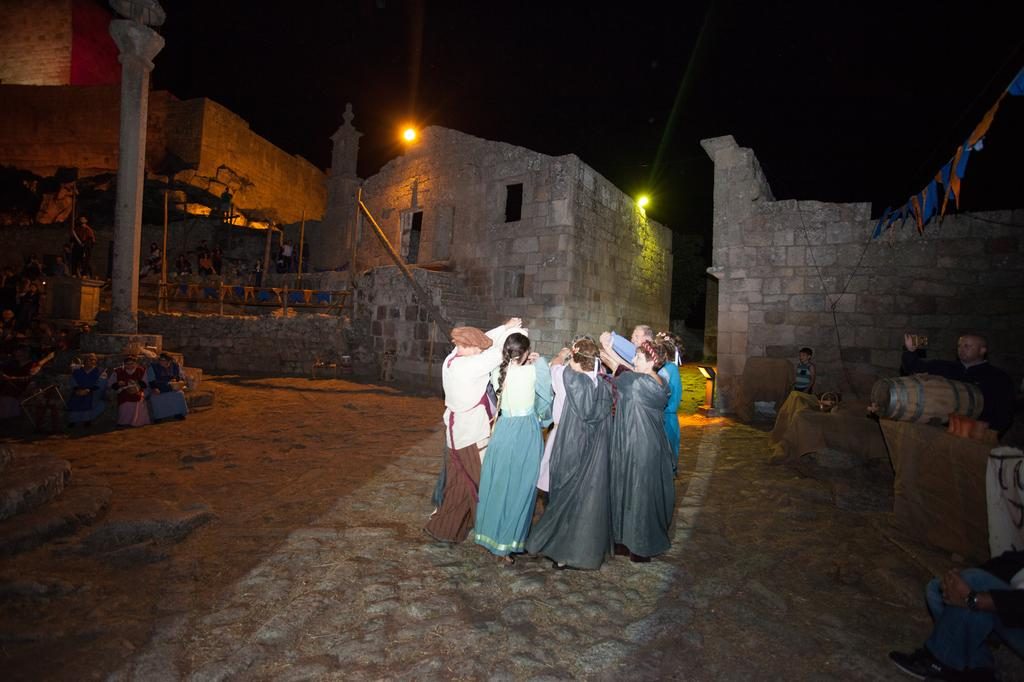 The prince is late but doesn’t fail. And soon tries to recover lost time. He was madly in love with the beautiful damsel. But not even he went much farther. A courtship that never goes past the window. One certain night, however, Maria Alva’s hand is promised to him if he can find shoes that fit her perfectly. Immediately, the knight tries to call the shoemaker to provide the service. But there’s no way it can be done. No one knows the size of the girl’s feet. And the shoemaker doesn’t have gifts of divination. The solution is ingenious. Dust flour around the house. When Maria Alva passes through, she will leave the imprint of the shape for the shoes. It was said and done. That night, the girl goes down to leave the house to go to the well. She crosses her father, the devil, in this case, who wants a hug that Maria Alva refuses in understanding then and there that it was his mark that she had always borne on foot. In the morning, the tracks are there to prove it. The maid is the first to see them. And she becomes confused. 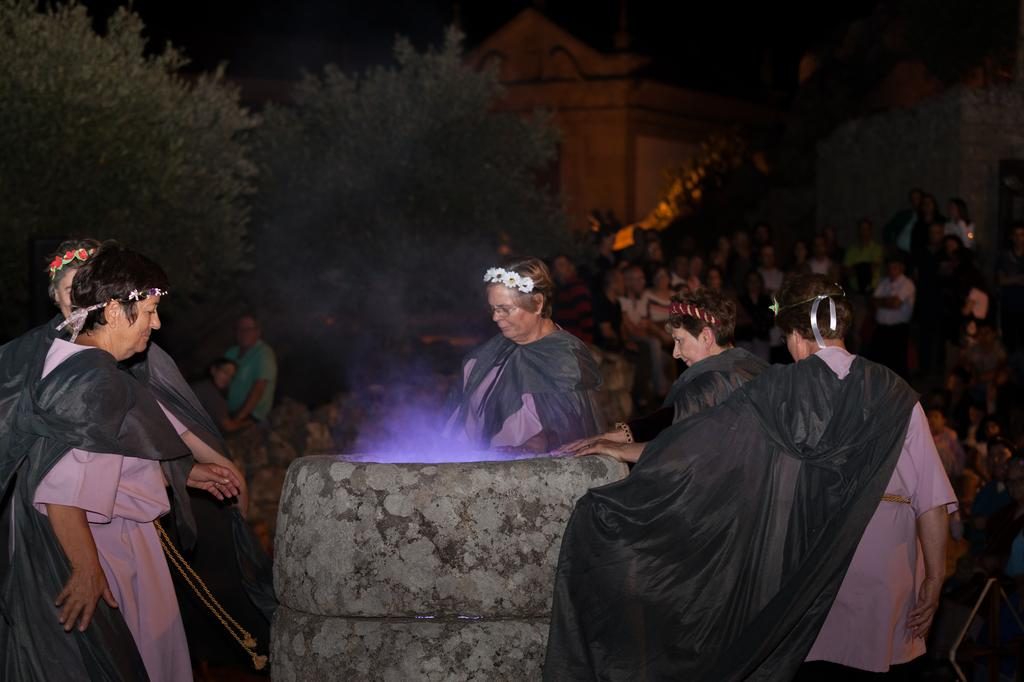 “Are they donkey tracks?” she asks herself.

“They’re goat tracks!” declare the shoemaker and the prince.

The enamored knight still wanted the shoes fit to her size. But he is not able to deliver the promise. News spread throughout the village like fire through dry brush.

“A goat!” answers one child. 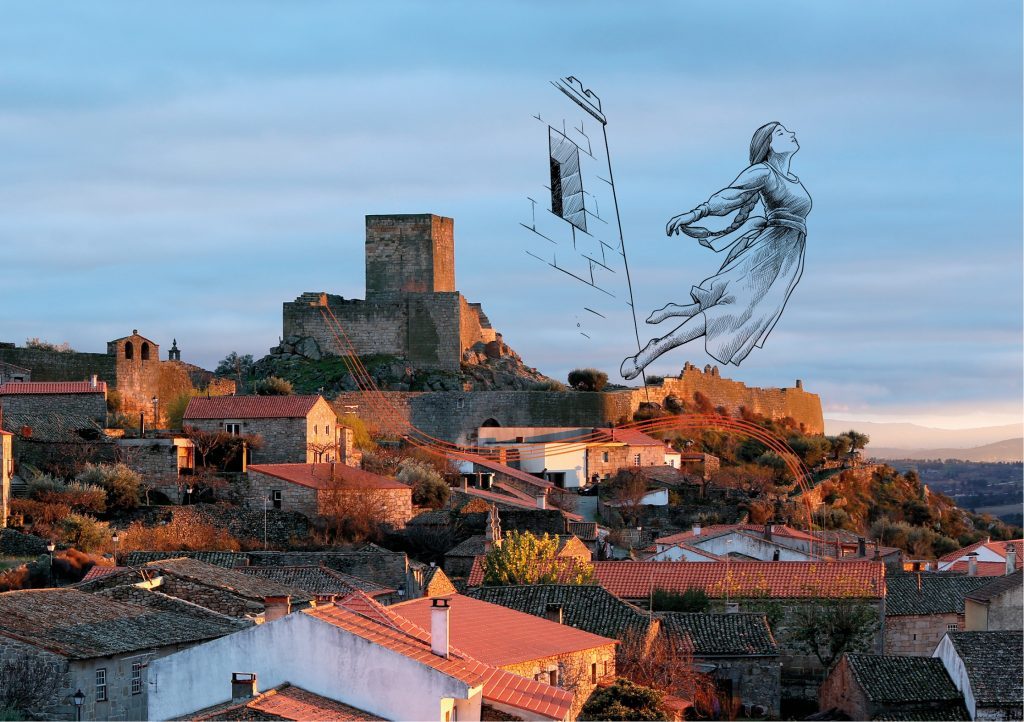 Humiliated, the most beautiful of damsels runs away. And in the height of her emotion, from the castle tower, she throws herself like a rag doll, providing the origins to the village’s name.

At the end of the play, applause fills the night. There are even those who are visibly moved by the tragedy of Marialva when the first tunes are heard from the interns of the Orchestra of Mêda at the Church of S. Pedro. 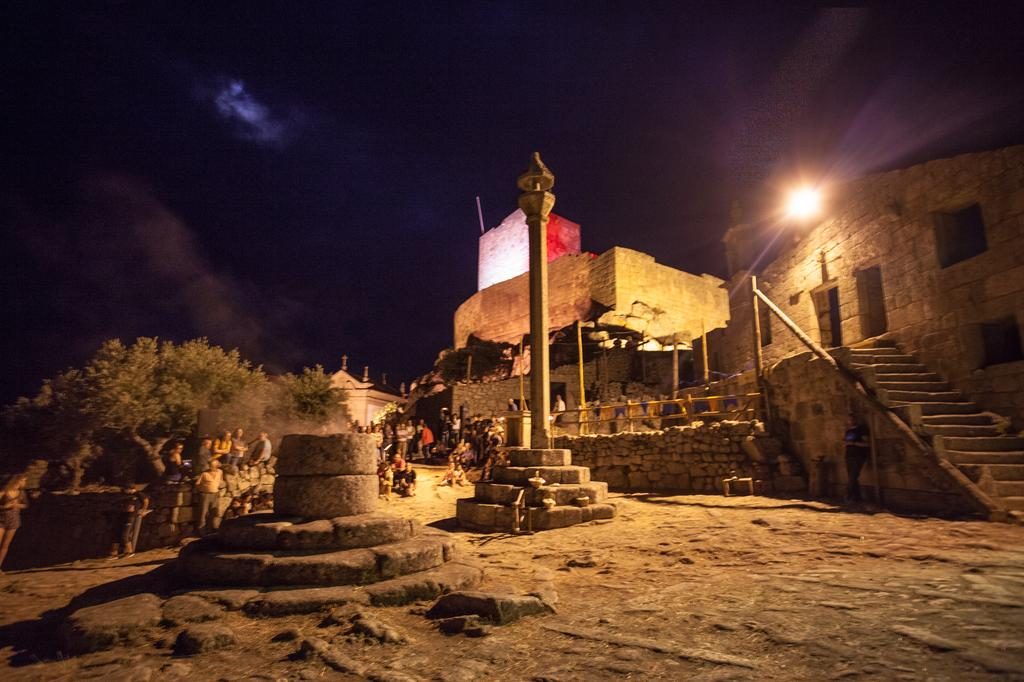 Quickly, the young musicians took those who were present on a musical journey, from rock & roll to cancan, ending in great style with immortal classical compositions, the best way to end an intense day full of emotions.

Tomorrow shall be a new day in the village that doesn’t change. Another festive day on a walk through the village’s history. May this be done, not by the cloven hooves of Marialva, but by the victorious cavalcade of the marquis in the 17th and 17th centuries.

The legends of the Historical Villages of Portugal, as told by little ones

In the Historical Village of Linhares da Beira, the alcalde doesn’t interfere between the countess and the devil